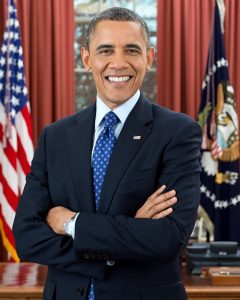 Becoming a politician takes a lot of motivation for anyone to decide if he or she will take part in all the complexities, intricacies and controversies of politics. Generally and ideally, people who go into politics have a dream of wanting to see people living in a world with equal opportunities regardless of age, gender, race, religion and sexuality. However, such a أحلام (ahlam or dream)
is not feasible in middle eastern countries, where socio-cultural traditions and practices pose obstacles and barriers.

Yet nowadays more and more young Middle Easterners, particularly women, are becoming politically active; perhaps realizing that change cannot happen just by wishing or praying for it, or by simply migrating to another country.

A Close Look at the Ongoing Civil Unrest in Iran

The ongoing civil unrest in Iran is the latest example of why many consider politics as having a superficial impact on the lives of citizens. Civil society in Iran took on significant changes when the campaign for the Repeal of Discriminatory Laws was launched in 2006, during the presidency of Mahmoud Ahmadinejad. The campaign was able to collect more than one million signatures as evidence of support particularly from the middle class. The movement is recognized as one of the most significant achievements of the era. 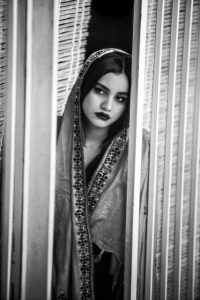 Still, political conservatives have been doing everything they can to put an end to the seemingly endless calls for reforms, either by jailing prominent political activists or by shutting down the press. The increasing number of campaigns calling for equality of treatment among Iranian women was boosted by the growing number of tech-savvy young people, mostly products of middle class Iranian families.
The current wave of nationwide protests in Iran was ignited by the death of 22-year old Mahsa Amini. Ms. Amini was arrested by morality police in September 2022, for failing to wear a hijab or at least cover her hair with a headscarf. Reports have it that officers struck Ms. Amini in the head with their batons, while photos of her collapsing in the police station enraged millions of Iranians. The new wave of protests began when women simultaneously ripped off their headscarves during Ms. Amini’s funeral.

While there have been numerous protests before, the current situation is different, Iranian authorities are finding it difficult to play down the widespread unrest; or to suppress information in order to prevent others from sympathizing with the protesters.

Activists and human rights workers have been spreading photos in social media sites along with the help of prominent Iranian influencers. As a matter of fact, in one of the anti-hijab protests held recently, Hadis Najafi, a popular 23-year old Iranian Tik Toker was shot dead by security authorities.

The Iran Human Rights group reported that 234 people, including 29 children, have already been killed as results of the protests.
As younger generations of Iranian men are now throwing in their support for the anti-hijab protests, one of the latest gruesome deaths reported is that of a famous 19-year old Iranian chef who was beaten to death amidst a crackdown on one of the protest actions.